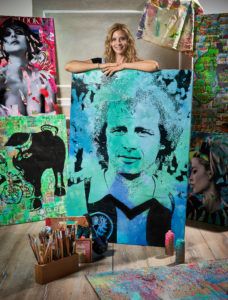 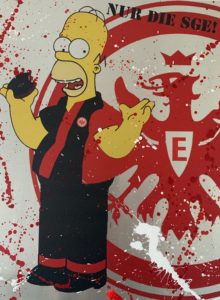 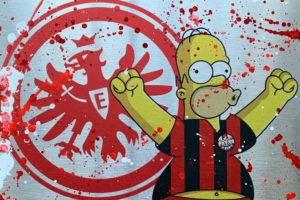 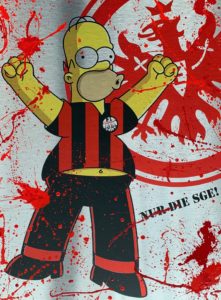 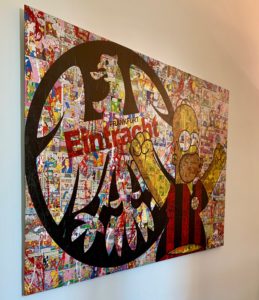 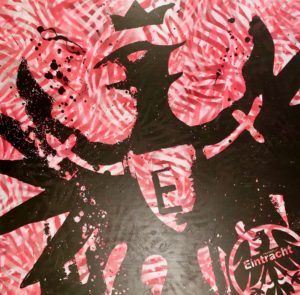 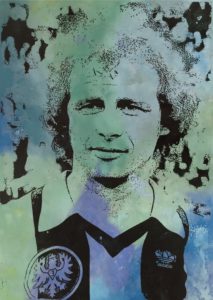 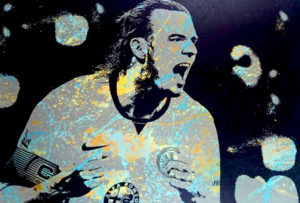 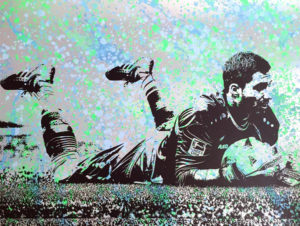 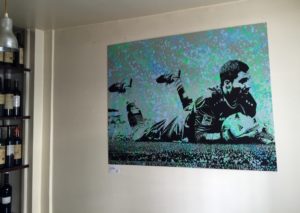 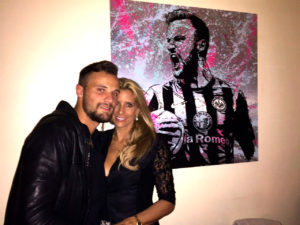 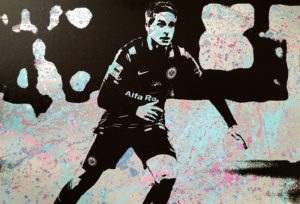 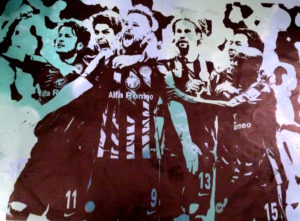 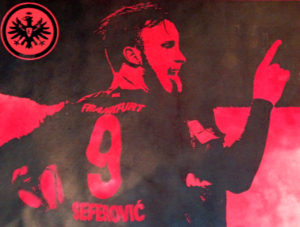 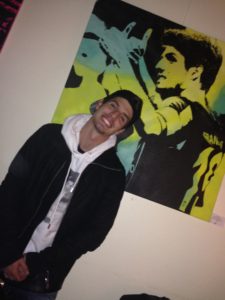 Lucas with his new painting. 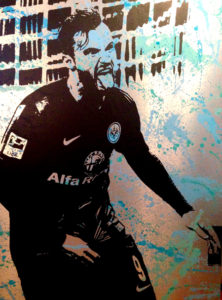 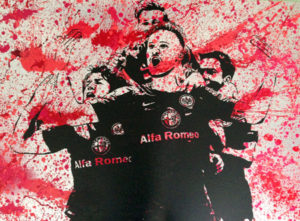 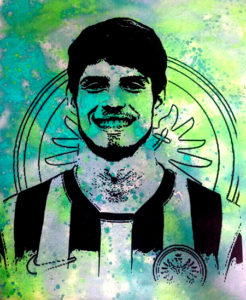 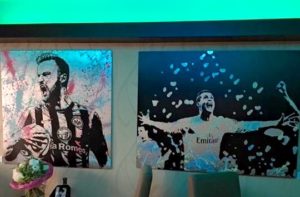 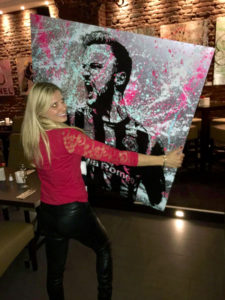 2016 after the Relegation against Nürnberg ..

18 teams compete season by season in Bundesliga for the German championship title.

Matches are played in a round robin mode in first and second leg ties (home and away).

The bottom two of the final table are relegated directly

and are replaced by the two best teams of the 2. Bundesliga.

The Bundesliga team ranked 16th competes in a relegation play-off

over two legs against the third-best team of the 2. Bundesliga.

The winners of a match earn three points (formerly two),

and in case of a tie each team earns one point, defeated teams get none.

The German champions, the runner-ups and the team ranked third are qualified for the Champions League,

the top-flight class in the European club contests.

The teams ranked fifth and sixth are qualified for the UEFA Europa League. 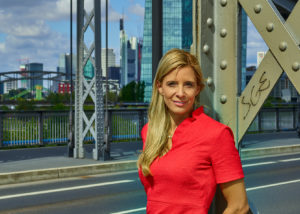 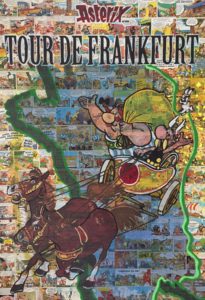